How to know if the fuse of a car is blown? learn to change them 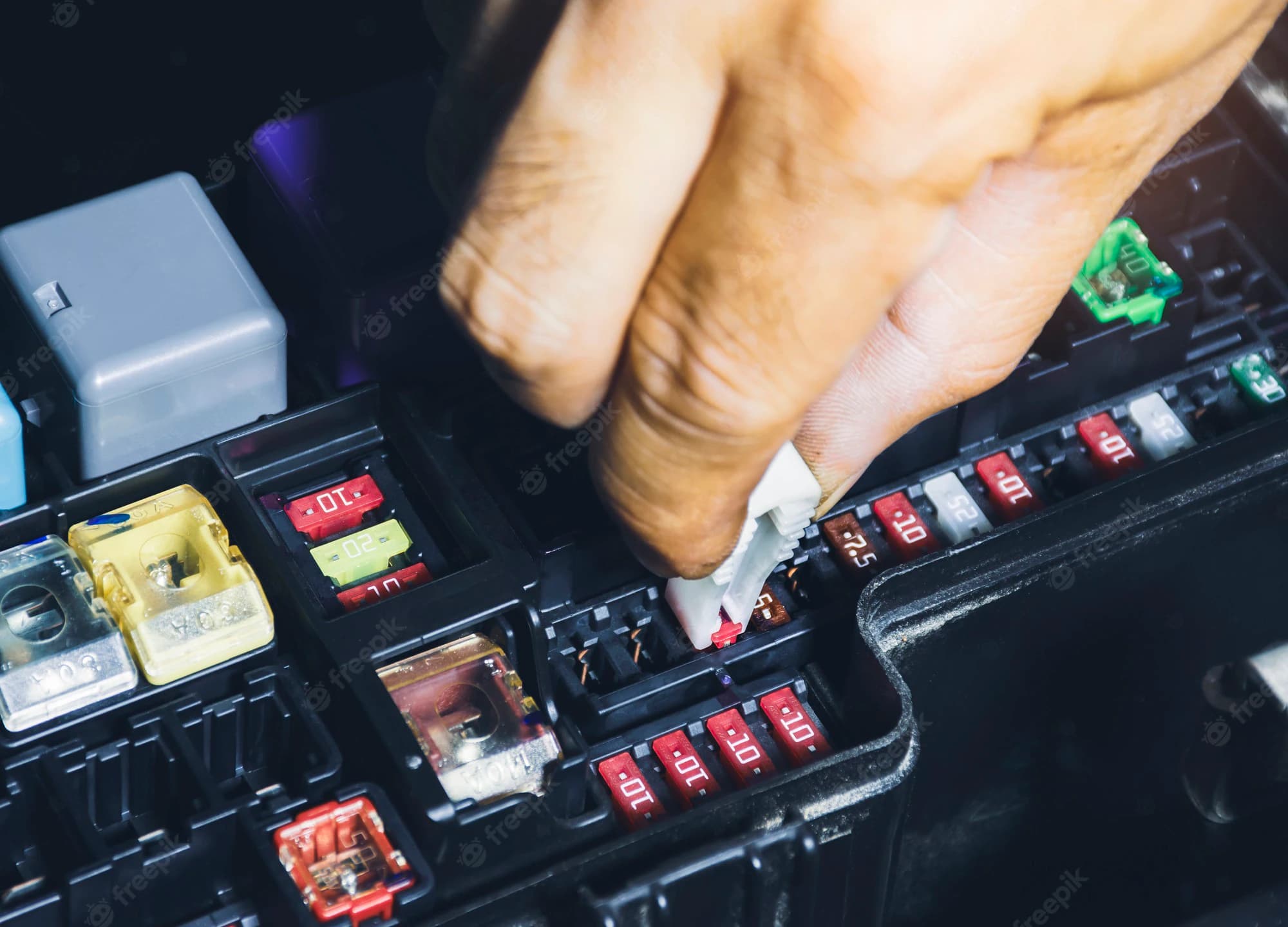 All of the vehicle's electronics run on electricity generated by the alternator, which converts the mechanical energy produced by the engine into electrical energy.

This is why all cars must have fuses, an electrical safety device that protects the electrical circuit in which it is installed and melts if it receives too much heat to interrupt the current.

A blown car fuse is the most common reason that car electrical parts stop working.

So in this article, we'll show you why and how to tell if a car's fuse is blown and show you how to replace it.

Why do fuses blow?

A blown fuse indicates a short circuit caused by contact between two wires or a connection between a power cable and the vehicle body.

A car part that draws a higher current than designed can also cause a fuse to blow, so a stuck wiper motor can easily blow a fuse.

Any metallic object, such as a coin, that comes into contact with the accessory power outlet will blow a fuse, as will a bulb incompatible with the taillights or headlights.

Ideally, you should identify why the fuse blew before replacing it to ensure that the problem cannot cause further damage to your vehicle.

Understanding the Electronic System of a Vehicle

The car electronics power different parts of your car and are commonly divided into the following categories:

If an auto part in any of these categories is not working, you should check the fuses that protect the vehicle's circuits in the fuse box. It is worth noting that it is recommended to seek the help of a professional in case a car's engine control unit or transmission control is not working correctly.

However, if your car's taillights or sound system aren't working, you can probably change a blown fuse on your own. Most car manuals contain a fuse map that will help you locate the fuse boxes in your car.

Fuses in the so-called cigarette lighter socket or accessory power socket are the most likely to melt, as car owners often forget to unplug their phone chargers or because a coin comes in contact with an exposed outlet.

Remember that even the simplest car models have more than thirty electronic control units, while luxury cars can have up to a hundred.

Information about which part of the car is protected by a particular fuse is located inside the box, allowing you to quickly find the fuse associated with the part of the malfunctioning car.

How many fuse boxes can a car have?

Most cars and have two or more fuse boxes, but some vehicles may have as many as four, and you should check your owner's manual for their exact location.

The most common locations for fuse boxes are:

under the back seat

Also, all cars have at least one fusible link or the main fuse that is commonly installed on the battery's positive terminal or in the fuse box that connects to the positive battery cable.

Also, some car models may have more than one fuse box under the hood, and you need to ensure the blown fuse is located inside the box you are inspecting.

Most dashboards are located in the footwell area of ​​the vehicle, although on some car models, the fuse box may be found in the panel on the side of the dash that can be accessed after opening the door.

Ultimately, the location of the fuse boxes depends on the car manufacturer and the car model, so check your owner's manual if you're not sure exactly where the fuse boxes are located in your car.

Once you've tracked down the fuse box that houses the fuse you suspect is blown, you need to open it. The vast majority of fuse boxes have a diagram showing the position and name of each fuse so you can easily find the one associated with the non-working car part.

For example, your car will not have power or interior lights after the blown main fuse. It is not uncommon for some other fuses to blow along with the main fuse, so you should check if all the other fuses in the fuse box are still working.

Proceed to visually inspect the blown fuse, as it is most common for a blown fuse to blow. The metal wire inside the fuse will break if the fuse blows.

If the fuse box does not contain a diagram showing what a specific fuse does, you can use a test light to locate a blown fuse.

Turn on the ignition and use the test light probe to touch each end of a fuse.

What Tools Are Used To Check If A Car Fuse Is Blown?

Although you can remove a fuse by hand, it is best to use the proper equipment to avoid unnecessary damage to the fuse box.

You will need a multimeter to check if the fuse is blown, and there are two ways to complete this task.

Before you pull the fuse out, you need to measure its voltage across both pins. These pins stick out of the top of miniature car fuses, allowing you to gauge their voltage without prying them out by hand or pliers.

Make sure the multimeter is set to Direct Current (DC), and then proceed to connect the COM terminal to a negative terminal on the battery or any of the metal parts on the car body or chassis. Turn on the ignition and use the positive probe to measure the fuse voltage.

The measurement should show 12V on both sides of the fuse, but if the size shows this value on only one side, that indicates the fuse is blown.

Once you've spotted a blown fuse, you should look for a new one online or head to the hardware store to buy the one you pulled from the fuse box. There are three types of automotive fuses:

Do not attempt to replace one type of fuse with another or insert a 10V fuse instead of a 12V fuse into the fuse box, as doing so may cause severe damage to your vehicle. When you have a new fuse, insert it in the old box one and turn on the ignition to check if the car part connected with the fuse now works.

Finding and changing a blown fuse can save you a trip to the mechanic, but if the same problem persists, don't hesitate to contact a professional. Also, it is sometimes necessary to replace the entire fuse box and not just a blown one.

It would help if you did not attempt to change the fuse box unless you have the knowledge to do so.