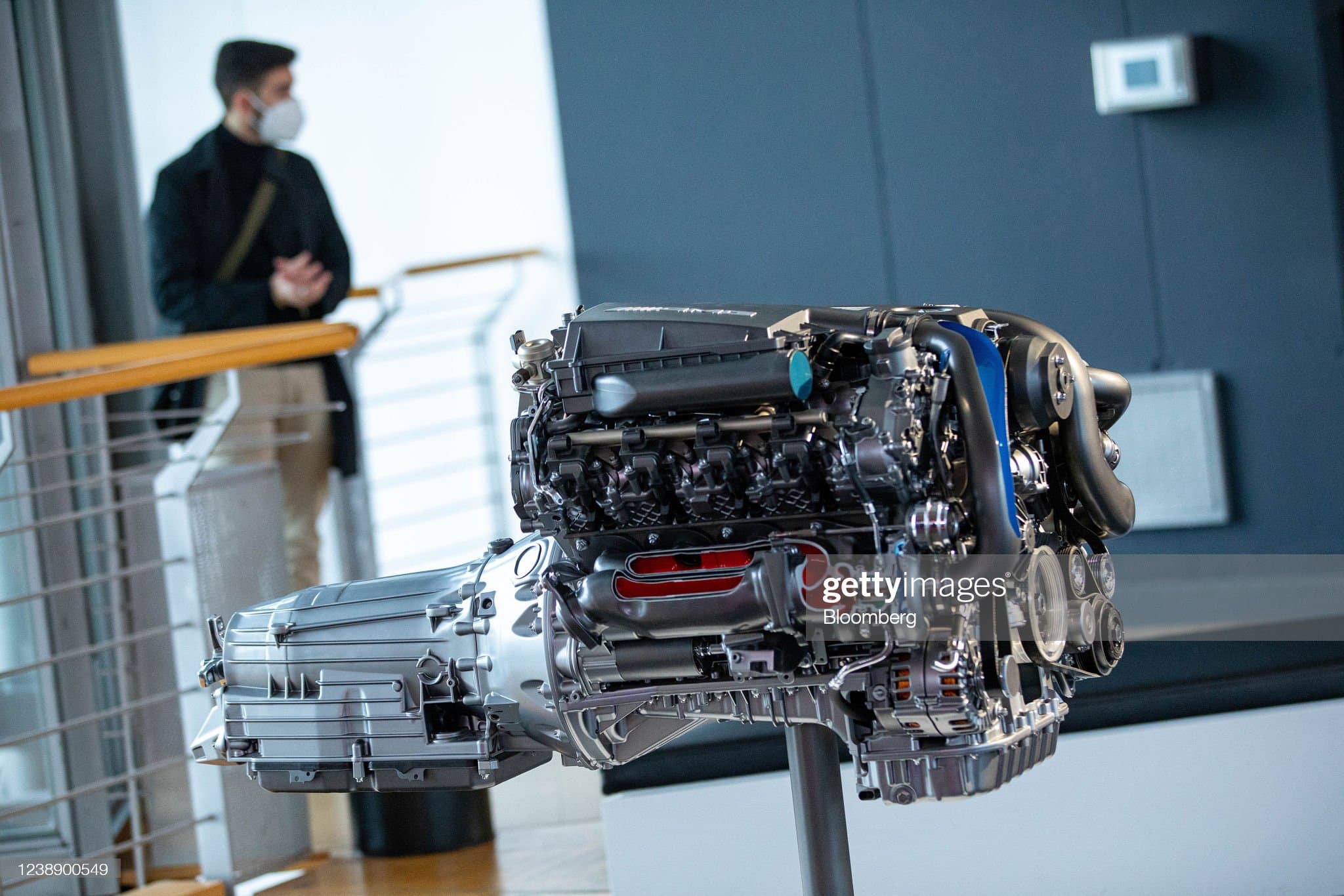 The evolution of turbochargers has significantly changed with the development of twin-turbo and staged compression engines. These mechanics incorporate two turbochargers that work, taking into account the engine's rotational speed.

A Biturbo engine has more parts that can break down. Still, in return, it offers -with equal power- less weight, lower consumption and a lower level of polluting emissions, more than enough arguments for prestigious brands to use these systems. To power their cars.

What are the Biturbo and its different variants?

As its name reflects, the Biturbo is based on a technology that uses two turbochargers to supercharge an engine. This system can be presented and configured in two different ways. The system can be defined in parallel, and in this constitution, each turbo supplies compressed air to half of the cylinders. The other possible case is the definition in series, a system also called sequential, which uses two turbochargers of different sizes connected in series.

Parallel twin-turbo engines use two turbochargers of equal size and identical characteristics. Each is powered by exhaust gases from half of the engine's cylinders. With this configuration, two smaller turbos are used instead of a single large turbo, as is the case with the twin-scroll turbocharger. As a result, this system is better adapted to the engine's operation throughout its rev range. It is noticeable, mainly at low revolutions, because in this situation, they can minimise turbo lag, as the delay of the turbo is called when it comes to achieving strong acceleration when the engine begins to rev up. The twin-turbo, also called twin-turbo, is usually installed on six and 8-cylinder V-engines. Each turbo feeds one of the engine's cylinder banks.

It consists of two identical turbochargers. When there is a small volume of exhaust gases, all this volume is sent to a turbocharger. When this volume increases, it is distributed between the two turbochargers to achieve greater power and less response time. This system is used in the Wankel engine of the Mazda Rx-7.

The "series" Biturbo engine is also called in various ways depending on the manufacturers; we can read it as a "staggered" Biturbo system, a "sequential" series or by "stages", "two stages", and "2-stage". Its name comes from the fact that one turbo is placed after the other in the intake circuit to feed all the engine cylinders. These turbochargers, as we have mentioned before, are of different sizes so that one or the other or both work simultaneously, depending on the number of revolutions of the engine. The smallest turbo will work at low engine speeds; the giant turbo will operate at high. Both turbos can work simultaneously depending on the intake system and its electronic management.

The system is made up of a small and a large turbo that receives energy from the exhaust gases in a staggered manner. The exhaust gases first pass through the small turbo, which is responsible for offering a forceful response from almost idle to around 2,000 or 2,500 revolutions per minute. When this first turbo reaches its maximum blowing pressure, the excess pressure is used to move the second (much larger) turbo, which progressively "packs" to blow at the top of the rev counter. The result is an increasing blow from just above idle to injection cutoff. Under these conditions, it is easy to speak of between 90 and 105 hp per litre, reaching 150 hp per litre in competition, with torque figures around 270 km.

At low engine speeds, the activation of the large turbo is not significant since the residual gases have disposed of their kinetic energy in the turbine of the small one. Therefore, the fresh air comes out of it without compressing.

Advantages and disadvantages of a twin-turbo engine

Its greatest attributes are reliability when it comes to demanding power with less cylinder capacity, they have a lower weight, and you will obtain a low level of polluting emissions, as well as lower fuel consumption about engine power. Its unfavourable points are that the parts are susceptible to wear and have more excellent breakdowns than in other engines.

As we have seen, the advantages of a turbo are performance improvement and, also, a reduction in consumption. But what disadvantages do they have? A few years ago, one of its main drawbacks was the delay in its response; that is, from when you accelerated until you noticed that the engine began to receive the help of the turbo, a few seconds passed that, at times, seemed endless. Today, thanks to variable geometry turbines and electronic turbo pressure control, this is already less of a problem - and sometimes negligible - compared to the past.

The turbo also imposes some limitations when designing the response of a gasoline engine. Keep in mind that the performance of a machine of this type depends directly on the pressure the turbo can generate. Therefore, it is normal for a turbo to achieve a good response at low and medium speeds, but it does not allow the engine to push hard at high revolutions. There we have examples such as the new 1.2 Tce from Renault, whose maximum power reaches 4,500 rpm; However, it is true that, in most cases, a turbocharged gasoline engine obtains full power between 5,500 and 6,000 rpm - far, for example, from the 8,300 rpm at which the naturally aspirated V8 delivers its 420 hp of a BMW M3-.

However, the most delicate aspect of a turbo today is its reliability. A gasoline turbo reaches around 800-900 degrees, while a diesel one 'stays' at about 500-600 degrees. In addition, a turbo easily exceeds a speed of 150,000 rpm. For all these reasons, its maintenance is essential. Strictly complying with the engine oil replacement intervals and using only the oil specified by our car manufacturer is necessary to avoid possible breakdowns that, in general, can exceed $1,000.

It never hurts to follow essential advice such as avoiding acceleration when the engine is cold or waiting around one to two minutes before stopping the machine when driving for a long time at high revolutions. Thus, we will allow the oil to continue circulating through the turbo, which ends up cooling it. This prevents the oil from being stored in the turbo shafts at a very high temperature, something that would end up carbonizing it, and which is one of the main reasons for a turbo failure.