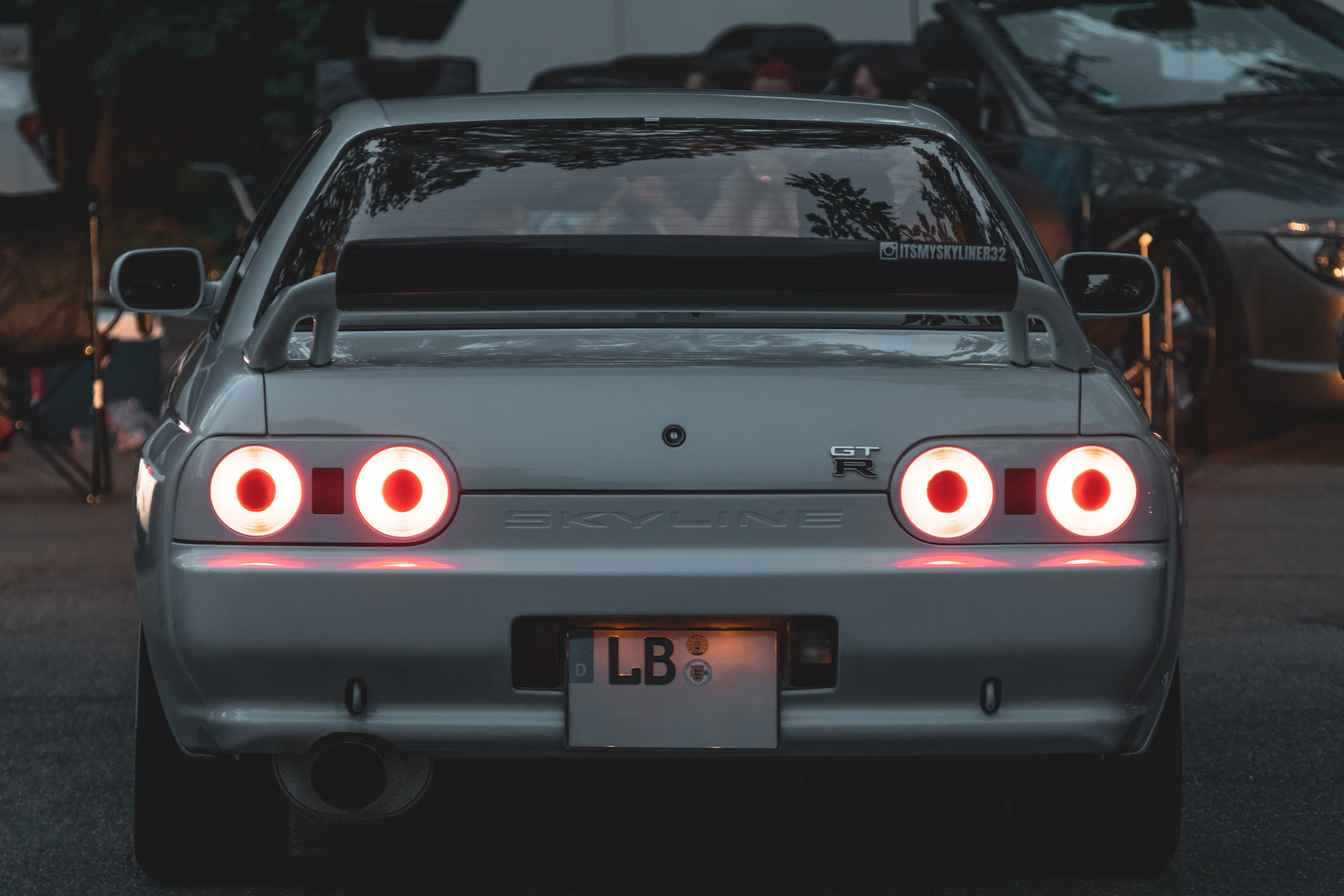 Tuning is synonymous with modification, both inside the car and outside, which are the most visible. It has also evolved and divided into several branches that can go through the enhancement of parts to improve performance as well as the style of tuning or modification that one can acquire, understand that tuning is a free culture that allows us to create and modify at will following our instincts. The engine is no exception when it comes to increasing its displacement and changing its engine, which is called a swap.

Categories and styles of tuning cars

Every day it is more common to see tuned cars on the different streets of the world. Tuning has no margins to expand through other countries and continents; of course, tuning has no borders.

Tuning is divided into categories, and the most common are:

It is the style by which the world of tuning began. All this racing style was born in Europe for the competitions. First, the first thing, it is not a style; it is a type of modification. Moreover, it is simply the adaptation, in many cases, of the racing aesthetic (that is, racing), to street cars, giving rise to the Street Racing style. The young people were delighted with the world of the rally of the excellent preparations those cars had and began to transport them to their vehicles. These cars have highly prepared bodywork, typically many kilos less than the production car; the engine preparation is excellent and is usually used in rallies and other competitions.

The rise of the Import movement in the USA caused a tendency to "copy" the exclusive Japanese vehicles that were not marketed there, or if they were sold, they were not the most influential models. Thus, the JDM movement tries to get both standards and prepared vehicles out of Japan, based on parts imported exclusively from there (especially Japanese brand preparers such as Mugen, Spoon, Nismo, Ralliart, etc.), consistently minimalist configurations where the basis lies in increasing performance and reducing weight as much as possible. The primary vehicles bases on JDM-style preparations tend to be the Honda Integra and Civic; Toyota Levin, Supra, and Trueno; Nissan S13, S14, R32, and R33.

They are mainly dedicated to German cars with few-inch rims (13, 14, 15). The bodywork is usually widened and tries to show a monobloc appearance (that one piece is seen). Likewise, Racing details are used, and the camber of the rims is modified.

This style is based on American models designed in the 60s and 70s (the so-called Muscle Cars or American Muscle). However, they also include models from the 80s and current retro-style versions. The preferred ones are the coupes with powerful V8 engines, such as the Dodge Charger, Plymouth Road-Runner, Pontiac GTO, and the classic Ford Mustang and Chevrolet Camaro.

Few body modifications characterize them. But if a lot of work on the engine, transmission, and suspension for a lot of power and makes a great display of "brute force" when accelerating.

The Baroque style was the name given to the tuning movement in which what is loaded and "gross" predominates. of putty, sheet metal, or specific body kits. Giant rims are usually used so that at least some edge can be seen inside the preparations.

The baroque was a Spanish trend, and the workshops there became the most famous in this part of the world. Elements such as a spoiler, whose function is to offer good aerodynamic behavior in certain situations, were converted into decorative pieces.

It did not take long for an authentic legion of followers to appear, who invested massive amounts of money in transforming their car, with the sole objective of winning competitions in concentration and achieving a unique vehicle worldwide. At the same time, detractors of this trend began to arrive, highlighting its design errors and problems when driving.

It originated in America, where it was born from the rebellion of Chicano, Latino, or Hispanic groups. It is inspired by the cars manufactured after the Second World War: shallow and round bodies, chrome accessories, and exceptional attention to detail. The decoration motifs are usually skulls, letters, or dice, chrome wheels are ubiquitous, and animal skin upholstery predominates in the interior.

They are cars that have been customized for performance and appearance. The term became popular during and after World War II, particularly within California, originally meaning an old vehicle (most often Ford, typically Model T, Model A, or 1932 to 1934 Ford Model B or Ford V-8) that had been modified by reducing the weight (which sometimes changes the body by removing the roof, engine compartment, bumpers, windshield, and fenders), lowering it, modifying or replacing the engine to give more power, and changing wheels and tires to improve traction and steering. Such modifications were also considered to improve the appearance; the car was often given a distinctive paint job. The term may have originated from "hot roadster": "it was used in the 1950s and 1960s as a derogatory term for any car that didn't fit into the mainstream.

Other sources indicate that the term was derived from replacing connecting rods in engines to allow higher RPMs to be reached without problems (and the consequent increase in engine temperature).[citation needed] hot rodding became more popular in the 1950s when component stores, magazines, and associations that cater to "street rodders" began. Hot Rodders, including Wally Parks, created the National Hot Rod Association "NHRA" ("National Hot Rod Association") to bring competition from the streets to the tracks. The annual California Hot Rod Meeting and National Hot Rod Meeting are held to honor pioneers in the sport. Wally Parks creates the "NHRA Motorsports Museum", which contains the roots of Hot Rodding. Popularly nowadays, those who own Hot Rods keep them clean and try to make them sensible. Workers are not called according to the original idea of ​​cheap, fast, and without rats on the flyers. Many magazines feature authentic Hot Rods, including the Rodders Journal. Trade publications include "Hot Rod Magazine," "Rodder Street," and "Popular Hot Rodding." There are also TV shows, for example, "My Classic Car" and "HP TV" (Horse Power TV). Hot Rods are part of the American culture, although it is growing controversial within the automotive sector; a growing trend within the acquisition and irreversible modification of historic vehicles is that they survive - something scarce as a general rule - rather than the traditional hot rodding concept of rescue and reconstruction of damaged second-hand parts.

This style is trendy among the American public. It consists of large diameter wheels with chrome elements, pneumatic suspensions with which they can "iron" the car on the ground, and various factors that will give their cars a much more brutal look. In this tuning style, we will find wheels from 20 "onwards that give the vehicle a Big Foot look. American tuning cars usually have extravagant elements such as countless screens inside and outside the car, impressive stereos, and high technology inside the vehicles.

One of the most important trends is the low rider preparations, a style that appeared in the United States during the fifties and continues to have many followers.

This style has developed especially among the Chicano community; through it, they try to demonstrate ethnic pride and the reaffirmation of belonging to a particular gang.

The low rider is easily recognized by using shallow bodies that allow the car to drive very slowly (the so-called boulevard art) or the possibility of making jumps with the vehicle. For this, the hydraulic suspension is used faster than the pneumatic one, allowing the car to rise and fall abruptly while in motion. Thus, the traditional suspension springs are replaced by air balloons inflated by a compressor and can be controlled later through remote control.

Other distinctive features of the low rider are the spoked wheels, usually silver or gold. As for the color of the vehicle, cream and gold tones are used, combined with caramel (candy) and orange, and that can be complemented with cultural, religious, or fantasy motifs.

The Import style emerged in the US as an adaptation by young Americans of Japan's JDM preparations to their Japanese vehicles. This style is based on the preparation of both the engine and the bodywork; the bodywork is based on the air intakes, many and large, both on the front bumper and on the hood, rear bumper sills, and even on the roof. The line is characterized by the fact that all those air inlets are from an aggressive streak, that is, with many vertices. In terms of engine preparations, they vary from even having a standard engine to engines with 700 or 800 hp of power; all this depends on the prices of each area of ​​the world and the approval system. Its bases unlike the JDM, the two most prominent bases are usually the Honda Civic Coupé and the Mitsubishi Eclipse, two models that, despite being of a Japanese brand, were not sold in Japan; they were developed for the American public and, potentially, European. . Their bodies usually have all kinds of bright colors and even airbrushing, the aluminum spoilers are also another of the characteristics most associated with this style, as well as their audio equipment, which is quite essential in terms of its components.

Of course, as far as the modification is concerned, the options vary according to style, dynamics, performance, etc. That is why below we tell you the most relevant types of changes that you can easily make to your vehicle.

Changing and improving the car's sound, they achieve awe-inspiring things, in addition to competing in contests to see who has the best design, power, and sound quality.

In many cases, the factory engine is improved by changing different factory components, adding a turbocharger and intercooler to enhance the vehicle's power and cooling, as well as changing the air filter. In many cases, they also modify their (ECU) to obtain more electronic control.

This implies the modification of shock absorbers and stabilizer bars, thus improving aspects of the curves' grip and giving the vehicle a lower image than usual.

Of course, the vinyl's color, finish, and texture make a considerable difference when personalizing each car since they are attractive at first glance.

Of course, there are many more modification areas; we will tell you the most relevant ones so that you have an idea of ​​everything that can be done to a car. If you think of any more changes, I invite you to leave your comment at the bottom.

Tuning as a lifestyle

This phenomenon has expanded enormously, especially among young people. Today there are many fan rallies, specialized press, accessory stores, and events. The media, especially television, have greatly influenced the acceptance of the tuning concept as a fashion and lifestyle. We can even see that the movie "The Fast and the Furious" brought this movement even closer, impacting homes around the world.